Money with a Soul 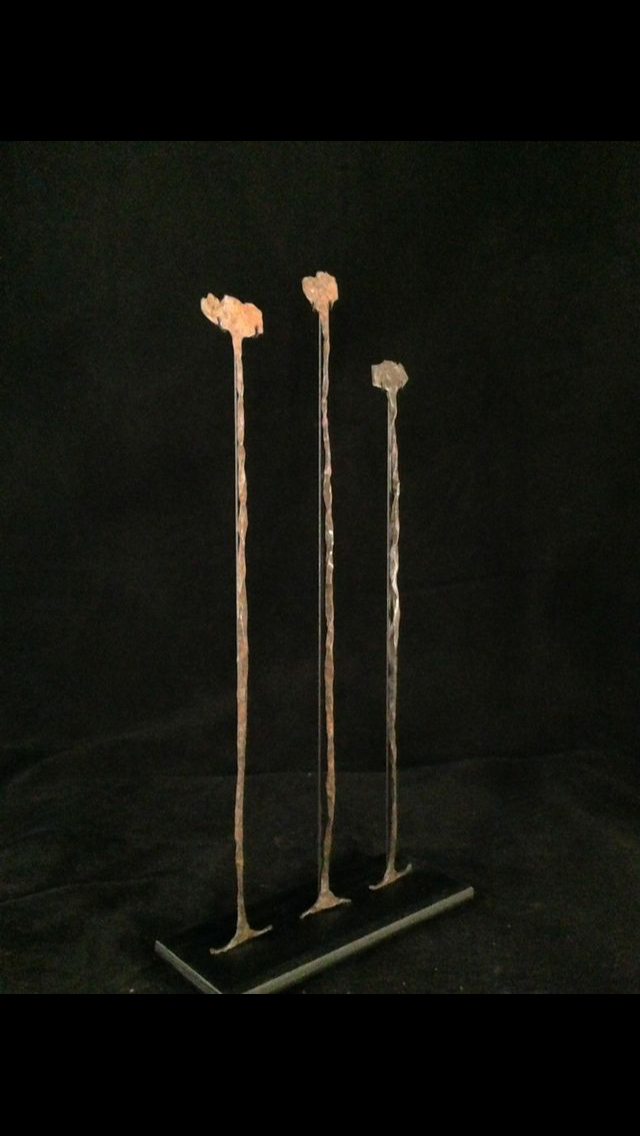 The Kissi Penny or "Kilindi" was used by the native people throughout the West Coast of Africa during the 1800's. The 'pennies' were made of cast iron, pounded, then twisted and hammered into shape. They could be used to purchase bananas, livestock, cloth, or a large bundle could even secure a wife.

Kissi Pennies are also known as money with a soul. Sometimes, when a family member dies, a survivor breaks a penny in half in preparation for the visit to the local diviner. For a fee, the diviner will reincarnate the soul of the departed family member in the penny and then rejoin the two halves by twisting them together. The penny then becomes a revered object, placed in a position of honor in the home. The family believes the soul of their loved one continues to reside with them by living inside the Kissi Penny.

These are rare African artifacts with a soul, undoubtedly with sentiment attached to them as rich as their history. They could have belonged to an unsuspecting native destined for slavery, a tribal chief, a woman who spent her days raising children and in the local market, the diviner himself, or even used to purchase a virgin bride.